Explore quick behind the scenes summaries of real world customers using EDI, MFT, EAI, and API solutions from Remedi and our software partners. 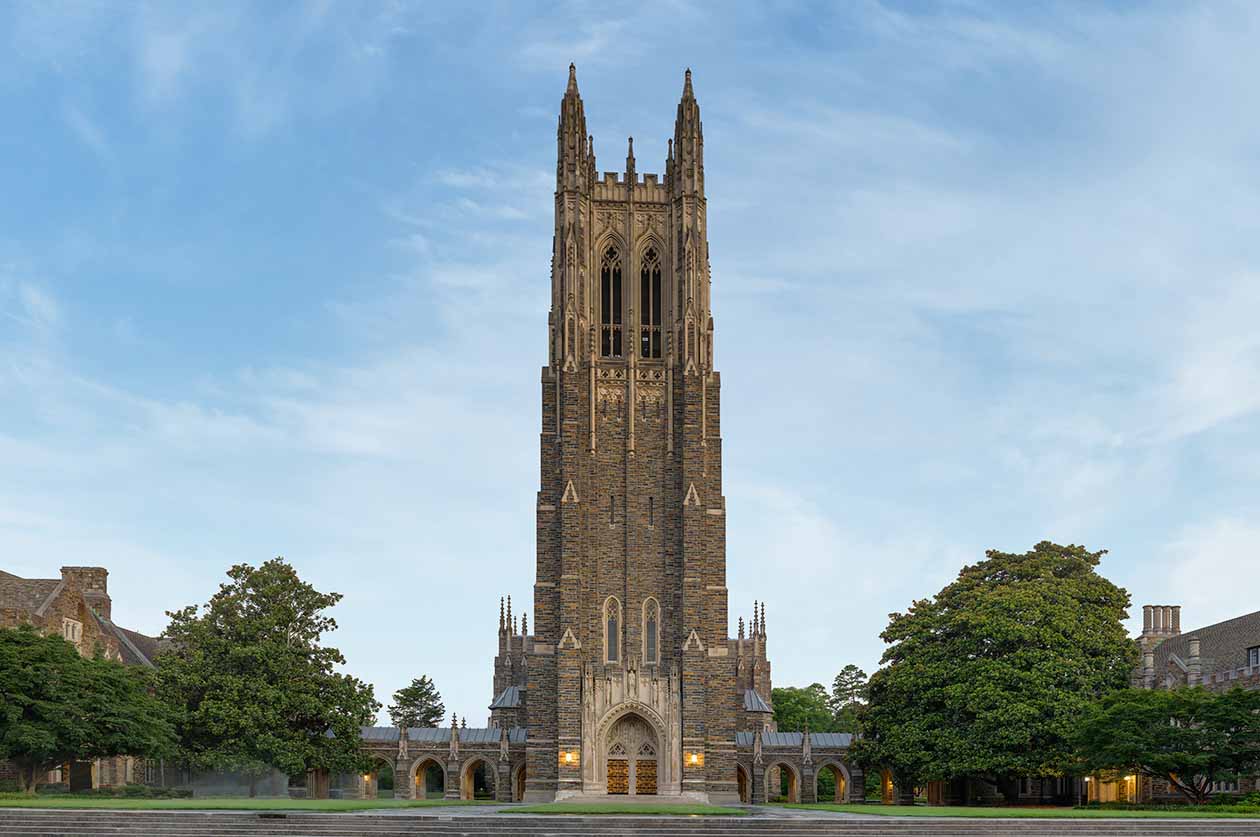 Situation: A major U.S. university was challenged by their legacy EDI translator which was greatly narrowing throughput and creating the need for custom scripts. For example, the team was forced to put in a semaphore solution to prevent false error reporting with their banking partner.

Solution: The university’s IT team turned to longtime partner Remedi to help them migrate from Sterling Gentran to Sterling B2B Integrator. The migration began with moving and testing one trading partner at a time to build confidence with the workflow and the new toolset, a process aided by the pre-built workflows in Remedi’s Framework.

Impact on Business: The efficiency of Integrator’s communication scripts have increased throughput and eliminated the need to write and support custom scripts. The migration from Gentran to Sterling B2B Integrator proceeded with no disruption to daily business or their financial transactions. The move also addressed some technical debt, improved visibility for business users, and simplified reporting for the EDI team.

It can be difficult and costly to find and retain qualified specialists with the EDI and B2B integration skills your company needs to keep pace with a digital economy.

We help companies of all sizes in all industries work smarter, meet trading partner requirements, and deliver a better experience for customers.

We can help you too.

Talk to an ExpertExplore "Co-Sourcing" 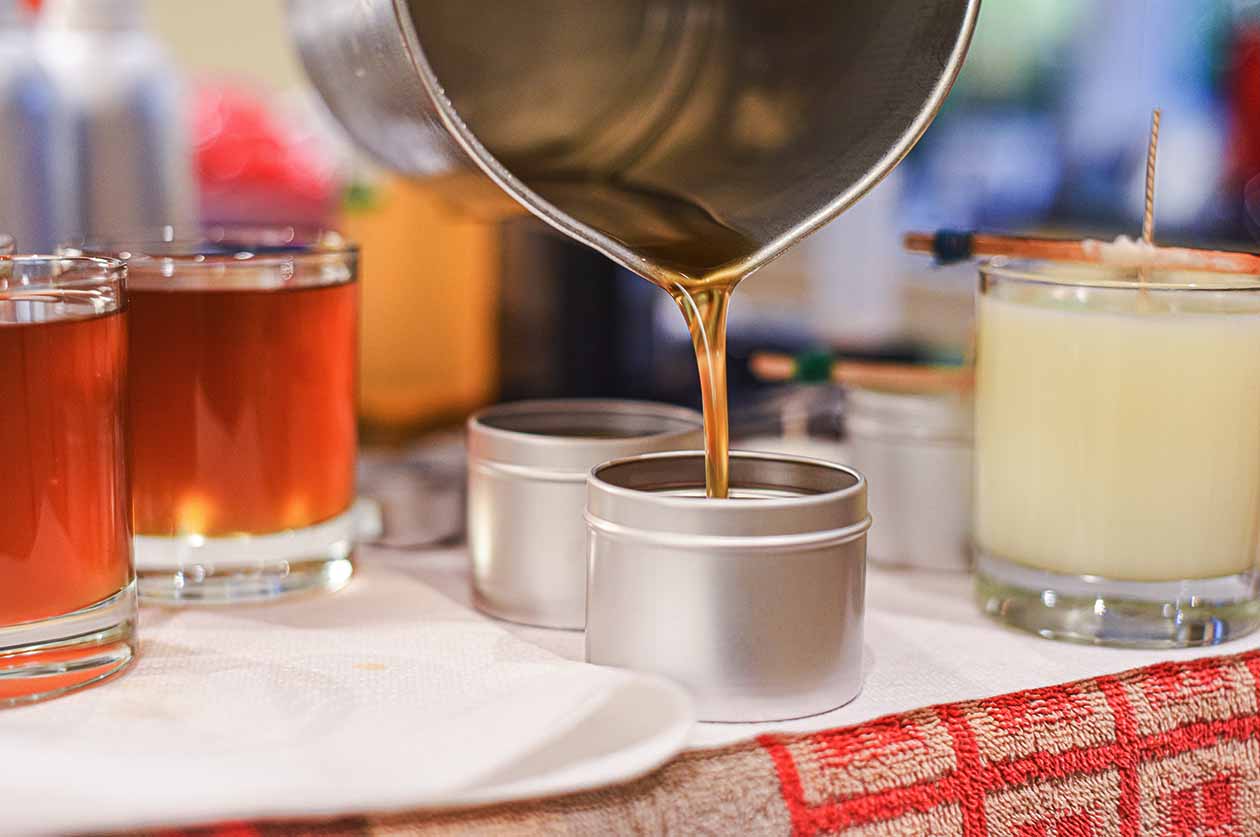 Situation: After witnessing shifts in consumer buying patterns, a Midwest-based, candle and home fragrance manufacturer with a half-billion in annual sales through traditional channels decided they needed to pivot to digital sales channels in order to meet their future growth targets.

Solution: From there, the company engaged Remedi to manage their migration from Sterling Gentran to Sterling B2B Integrator. Walmart was the first trading partner to go live. The client credits the smooth transition to the pre-built workflows in Remedi’s Framework for simplifying and speeding the process.

Impact on Business: During the migration, the customer also added an online storefront to their website using the new integration architecture to integrate their EDI data streams and call APIs to connect with the Shopify platform. The client describes the solution from Remedi as “absolutely essential” to driving their plans for online sales growth. 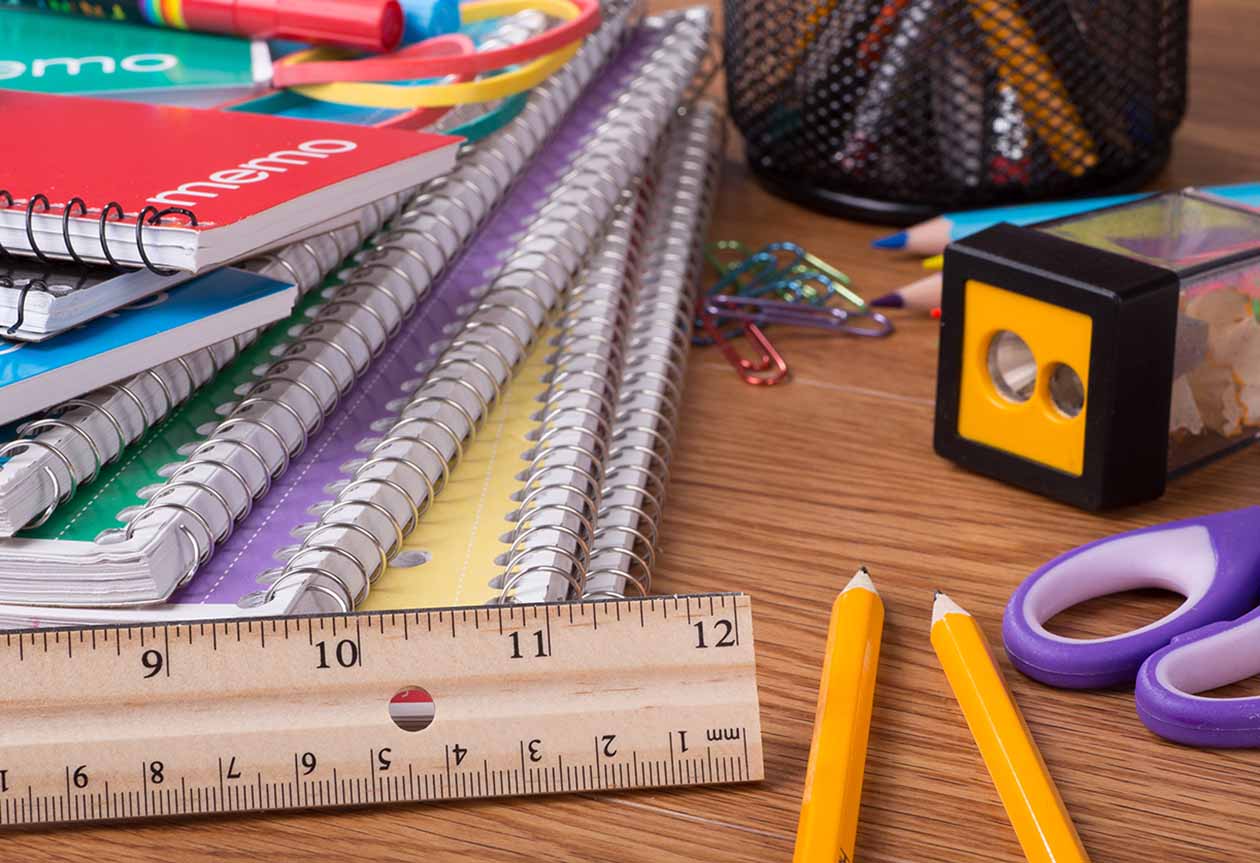 Situation: A small family-owned distributor of K-12 school supplies and educational materials with large retail customers throughout North America was given a stark choice by their largest trading partner. Move to an EDI translator that could meet their requirements or lose the business.

Solution: After engaging Remedi for discovery and detailed project scoping, the company decided to build a new integration infrastructure around Sterling B2B Integrator. Adding Remedi’s Framework cut the time typically needed for implementation by 75%. The customer has since upgraded to the latest version of Integrator and Framework and reports continued ease and efficiency with features such as tracing and resolving errors.

Impact on Business: Thanks to accelerated reduction in onboarding times and enhanced self-serve functionality, the company’s original investment in their integration environment has helped lead to recent monthly volume growth between 10 and 15%. According to their IT Director, to national retail trading partners who demand flawless map testing before committing, the company’s “Volkswagen-sized IT team looks like a Porsche.” 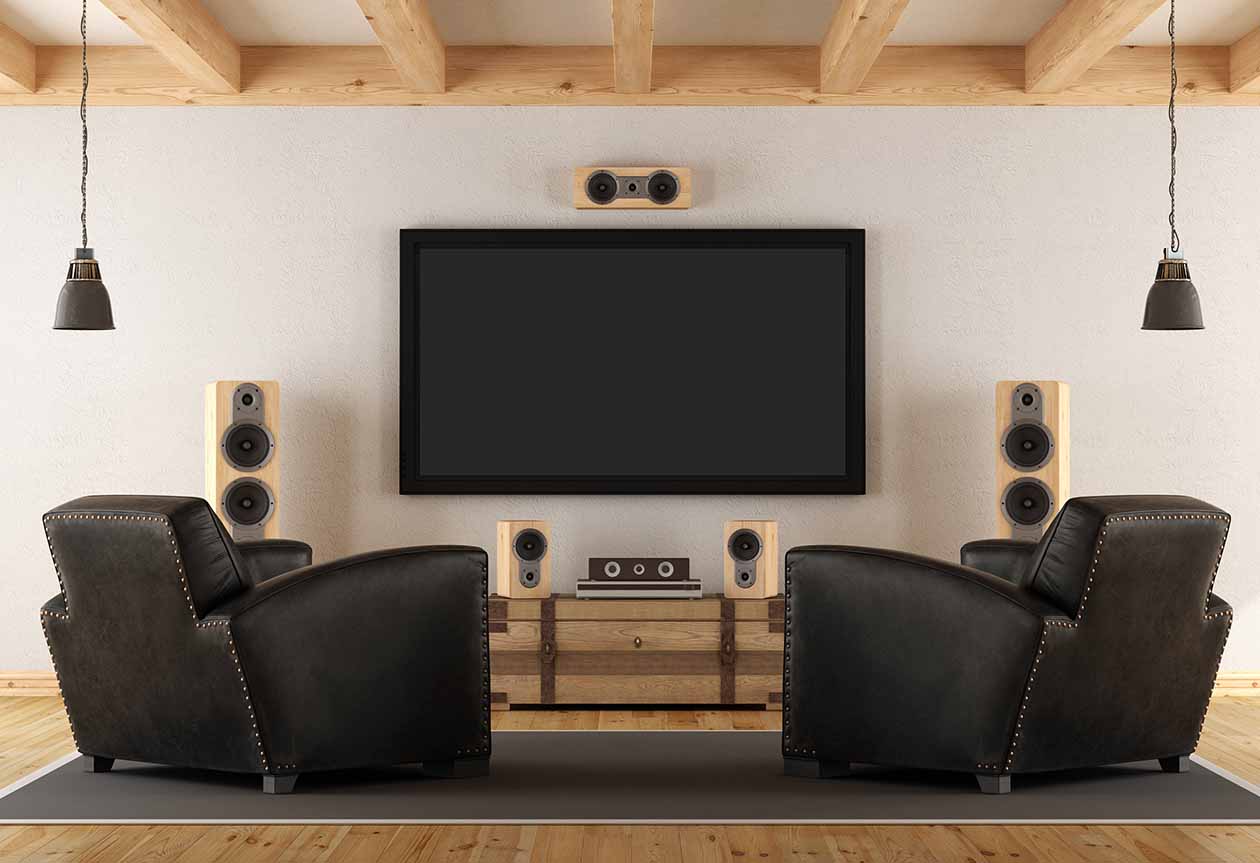 Situation: A West Coast-based manufacturing group was finding it difficult to resolve recurring errors with their EDI software package, EDI HQ from 1 EDI Source. The issues caused operational problems that led to production delays and threatened the company’s reputation with its retail partners.

Solution: Remedi conducted a complete audit and assessment to determine the hours spent on resolving recurring errors, the processes and protocols between technical and functional business users, inbound and outbound OTC EDI workflows, and overall transaction volume. Remedi completed the assessment, which included a detailed roadmap and cost estimate to address the deficiencies, in less than 30 days.

Impact on Business: The company immediately hired Remedi to develop EDI HQ-conforming maps for the company’s trading partners based on the five transactions sets that drive their retail channel revenue. According to the customer, the reduction in errors and customer complaints, as well as increased visibility and flexibility for functional business users, “literally saved our business.” A few months later, the company brought Remedi in to support their migration from SAP to Microsoft Dynamics NAV. 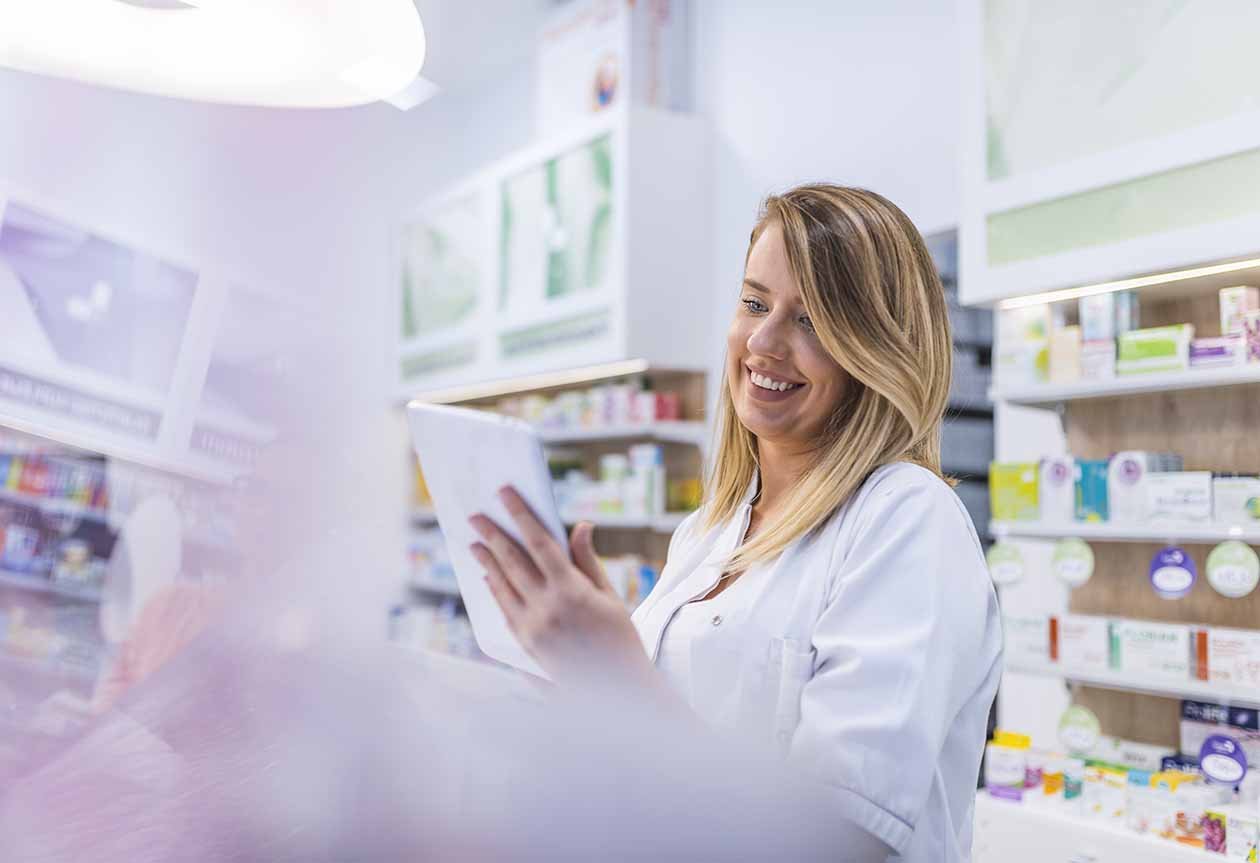 Situation:  As part of their move from a legacy ERP system to a cloud solution a national pharmacy benefits company needed to rewrite all their trading partner maps within a four-month time frame. Together, the EDI documents dictate the flow of data and revenue generated by the more than 700 million prescriptions the company processes each year.

Solution:  Based on the trust built from previous project work, the EDI manager at the company engaged Remedi to locate consultants with expertise in the Seeburger integration platform. Scope included BOD gap analysis, identification of non-standard identifiers, and collaborating with other team members where needed to re-engineer or re-configure the workflow.

Impact on Business:  Thanks to a deep bench of vetted specialists, Remedi delivered two full-time consultants within a week who  began work on the re-mapping shortly thereafter. The customer’s confidence in the quality of Remedi’s past work and responsiveness protected the company from the risk of entrusting a critical ERP migration project to a new vendor. 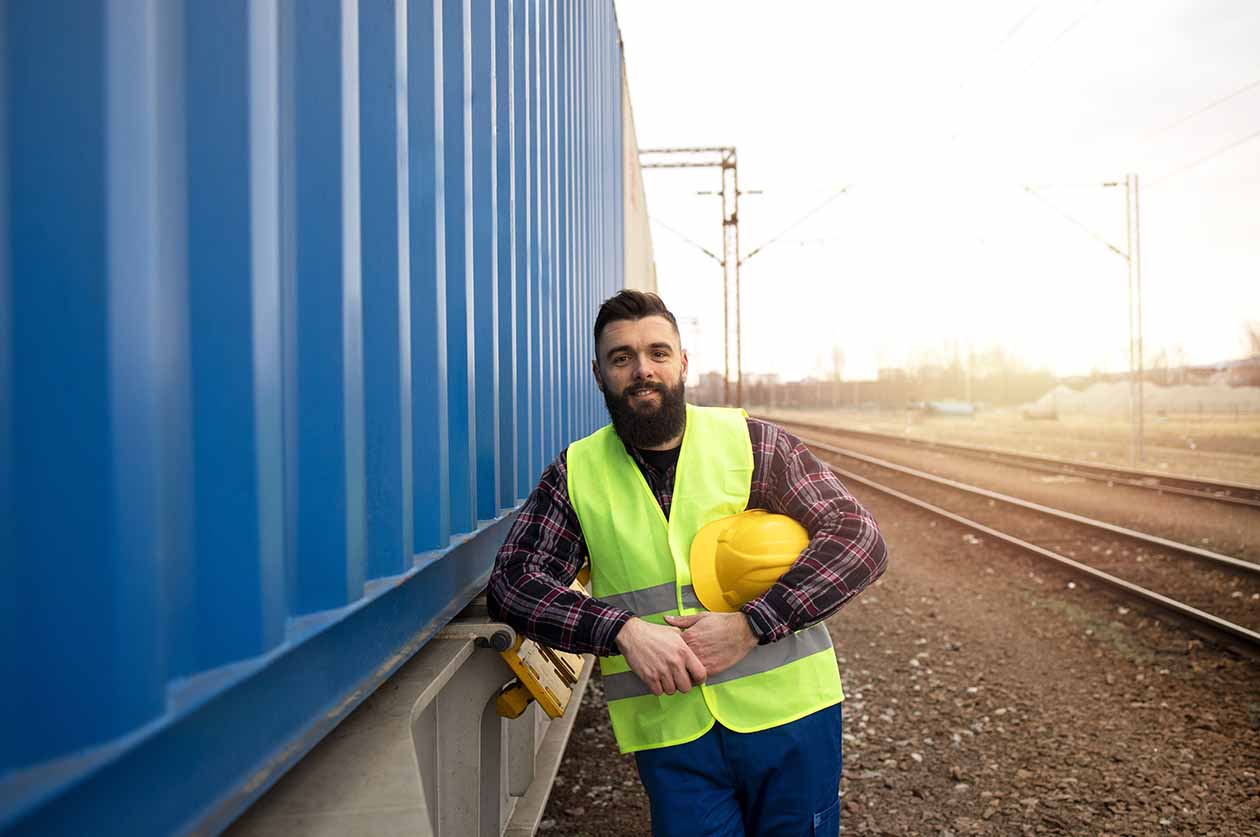 Situation: After migrating to Cleo Clarify from an EDI solution that did not provide the scalability or functionality to support their customers’ needs or company growth targets, this intermodal drayage provider found that day to day EDI tasks were limiting their team’s ability to master the nuances of the new system and take advantage of the full range of its benefits.

Solution: The customer engaged Remedi to provide a Cleo-trained consultant with exceptional interpersonal skills and deep experience in logistics. Working with the company’s IT director, the consultant developed a series of training exercises within the company’s production environment. Remedi’s consultant also helped the EDI team get comfortable with integrating the concept of baking an SVN repository into their mapping and updating workflows.

Impact on Business: Grounding the training in the reality of the company’s actual environment allowed the in-house EDI team to easily control versions, collaborate, and discover features they could immediately apply for the benefit of their customers. For example, creatively configuring Cleo’s Clarify solution allows the company to offer customers near real time visibility of truck locations updated every fifteen minutes—delivering a competitive advantage for the company and their customers.

For more projects details about any of the use cases on this page, contact your Remedi representative or reach out to schedule a conversation with an industry expert.

Talk to an Expert 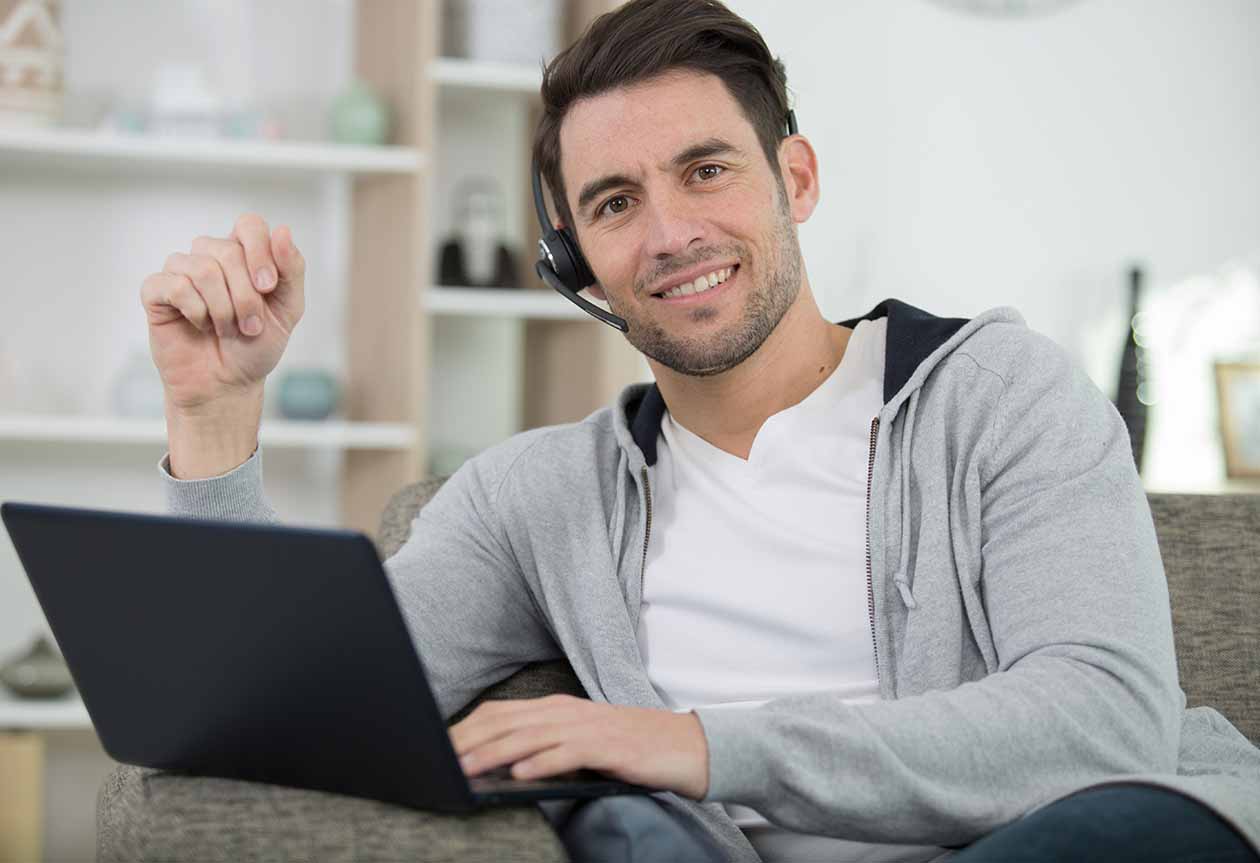 Situation: This East Coast-based turnkey logistics provider was facing the imminent retirement of their in house EDI manager, an increasingly common scenario for companies who rely on internal EDI resources. Compounding their challenge, the departure coincided with new mapping requirements from two customers who were critical to the firm’s revenue and reputation.

Solution: After a brief discovery period, the customer signed a managed integration services contract with Remedi. The relationship called for a three-quarter time resource to create new maps in compliance with the new requirements as well as manage and monitor the company’s integration ecosystem, built around the Cleo Clarify and Harmony integration solutions.

Impact on Business: With Remedi managing their Cleo integration environment, the company no longer worries about their ability to comply with new requirements from existing customers. Confidence in their ability to meet customer needs swiftly and seamlessly has translated into fewer issues with existing trading partners as well as a more motivated sales team and a higher percentage of closed deals. 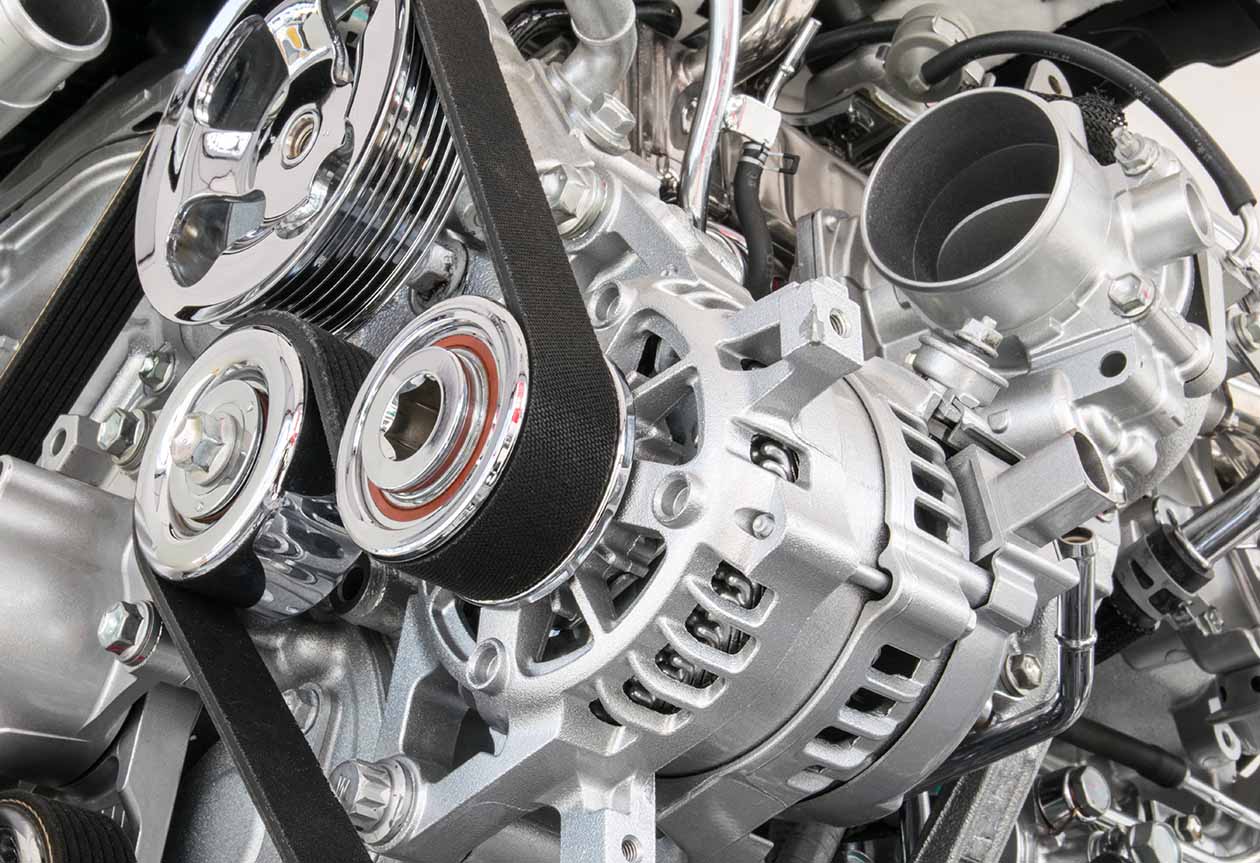 Replacing File-Based FTP with an API for Advance Shipment Notices

Situation: The sales force for an innovative food processor and distributor could not pull real time pricing data for customers or see customer file notes via the iPads they used in the field. The lack of access created process friction and missed opportunities to repair relationships and close deals.

Solution: Leveraging cloud architecture, a browser-based, device-agnostic, single point of access was developed, using Sterling Integrator as the gateway and the transformation engine to integrate data between SAP ERP and Microsoft Dynamics 365 CRM through RESTful APIs in real time.

Impact on Business: The sales force can now query real time pricing and view customer history before the call, making it possible to close deals on the spot and address relationship issues if needed. Lastly, Remedi’s solution avoids the operating system to- operating system conflicts that plagued the previous data exchange process. 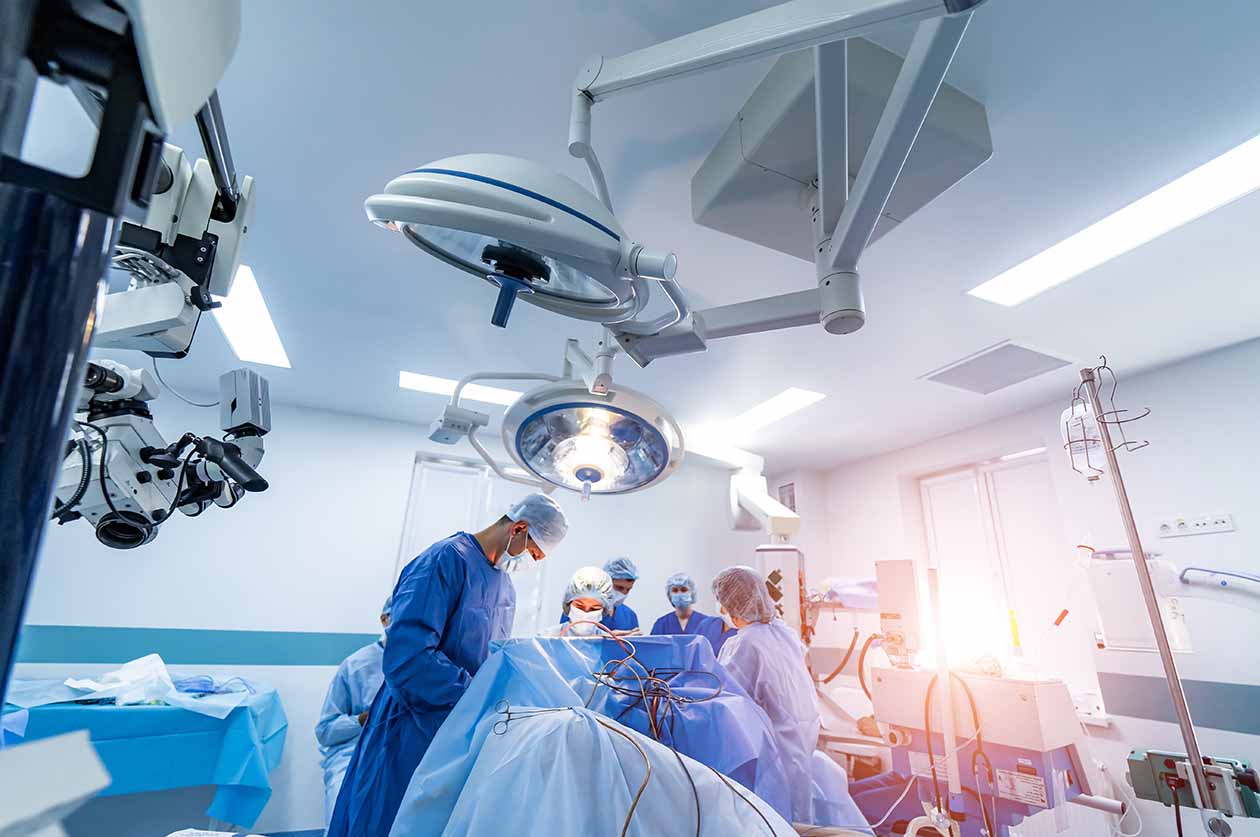 Situation:  After years of using IBM Sterling Gentran, a global medical device manufacturer realized they needed a better way to manage its disparate integration resources and to ensure security.

Solution:  After IBM recommended the company work with Remedi, the process of migrating from Gentran to IBM Sterling Integrator got underway with the first priority being to stand up a test server to efficiently consolidate the file transfer software processes and establish stakeholder peace of mind.

Impact on Business:  Thanks to IBM Sterling Integrator and the Remedi Framework, the medical device manufacturer has effectively centralized its data transformation, so everything it needs is in one place. New customers are excited to work with the business because of increased efficiency, time savings, accuracy, and ease.

Solution: Working with a Remedi-led team, the company migrated to IBM Sterling Integrator after considering a range of middleware options and agreeing that Remedi’s recommendation would enable the supply chain visibility they needed and make it easier to onboard trading partners.

Impact on Business: Instead of being an obstacle, partner onboarding has become seamless and fast. Reducing the process from weeks to days has added value to the business in the form of increased customer satisfaction, greater agility, and a more competitive position. 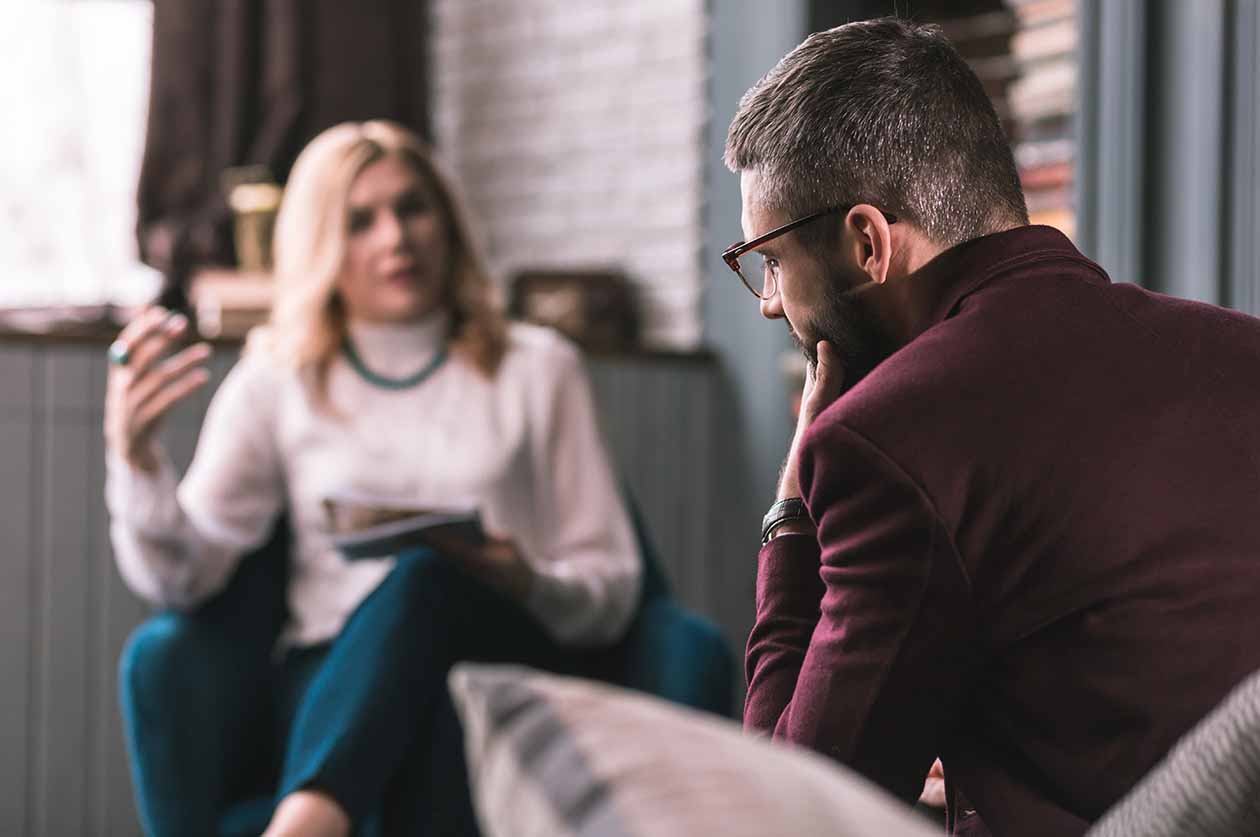 Situation: A national specialty care provider in the process of a major acquisition needed a strategy to integrate more than five million patient records after management determined their initial vision of a total tear down and rebuild of their integration suite exposed the company to unacceptable risk.

Solution: Remedi assembled, vetted, and delivered a nine-member team of programmers with RPG (Report Program Generator) and CL (Control Language) skills to run and test the programming changes and provide support to the company’s user community.

Impact on Business: The Remedi team was able to integrate the acquired company’s records and processes without HIPAA compliance risk or disruption to daily business operations under extraordinary circumstances: The midst of the pandemic and the sale of the acquiring company to a larger firm. More than half of the consultant team was offered conversion of their contracts to full-time positions. 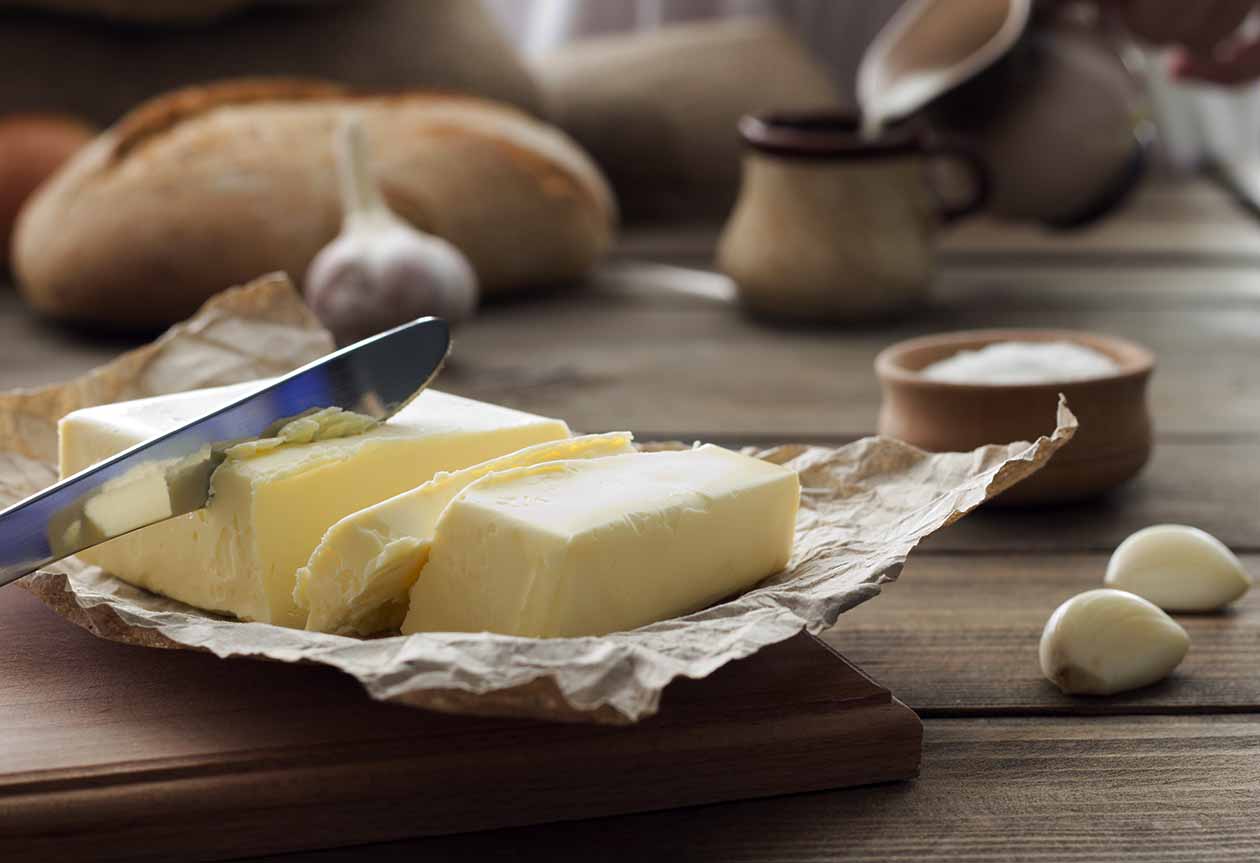 Situation: A major dairy processing company wanted to gain even more value from IBM Sterling Integrator by migrating away from Oracle middleware.

Impact on Business: Initially the migration reduced the licensing fees the dairy processor was paying and reduced the number of integration points to manage, which led to greater efficiency, fewer errors, and real-time visibility. Following the upgrades, the IT group expects the upgraded software to consumer fewer CPU resources and deliver enhanced usability and efficiency benefits. 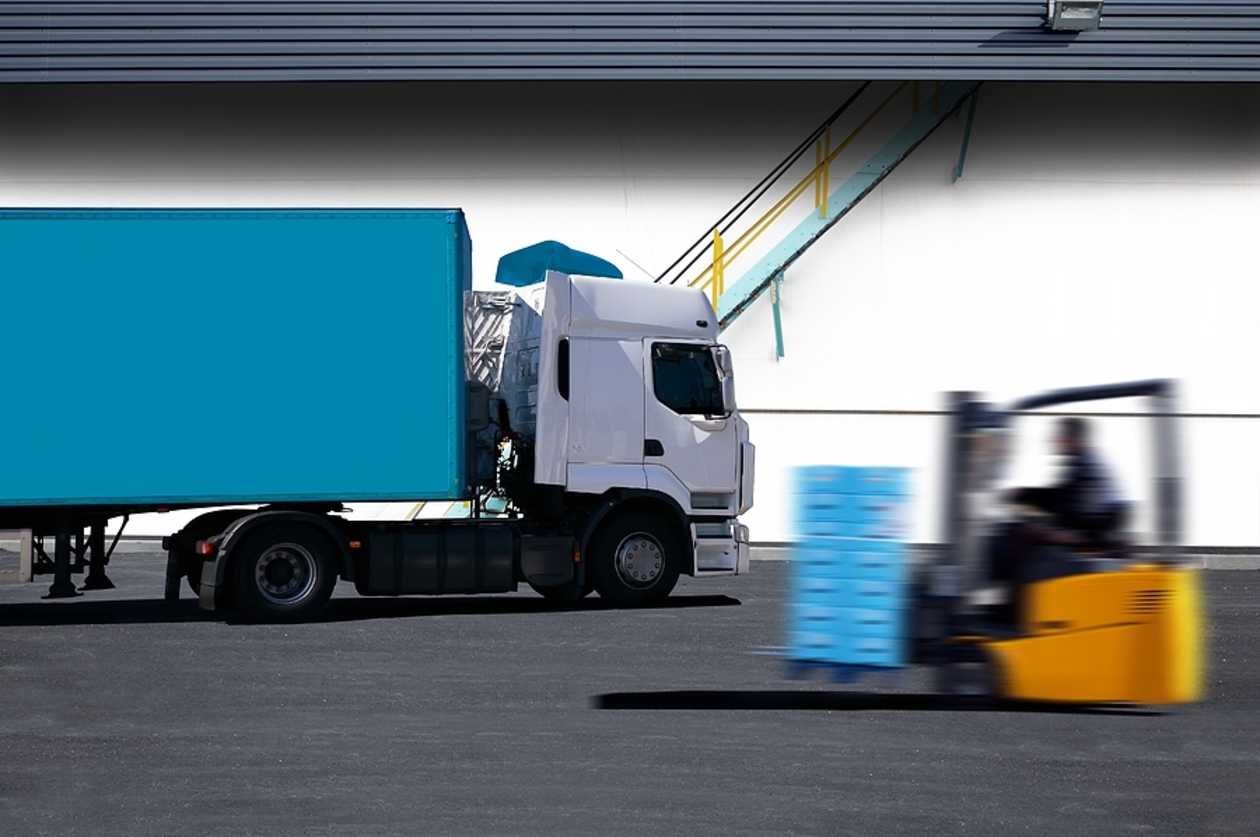 Ownership of IT Environment for Control and Agility

Situation: A logistics company with national operations couldn’t control its IT environment due to vendor lock-in, which led to lengthy customer onboarding and SLA violations.

Impact on Business: Building its own development team allowed the customer to end a restrictive contract with its MSP, move to the cloud for greater agility, maintain business continuity, and last but not least, onboard customers in one-fifth the time previously required.