How Do You Leverage The Internet For Commerce And Who Is In Control?

My concerns revolve around proposed changes in ICANN supervision and how changes in Internet governance might impact business communication, data exchange, commerce, and products/services that leverage the Internet.

Part of our role as Integration Professionals is being aware of risk and implications to our business, so if you are not aware of these proposed changes you may want to read on...

To begin, I am not a conspiracy theorist and this is not a political article.  Here is my understanding of the situation.  The United States is under contract for the oversight of the Internet Commission for Assigned Names and Numbers (ICANN).  ICANN is a non-profit organization out of California that administers the behind the scenes workings of the Internet governing valid domain names, web protocols, assigning IP addresses, and like duties.  The US government has had sole oversight of this organization, that is vitally important to on-going operation of the Internet for around 10 years.  Next year,  as the oversight contract expires, the government plans to transition the oversight of ICANN to a "global body". 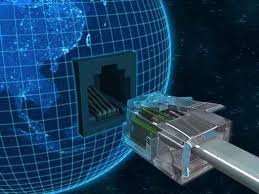 We will leave it up to you for your judgment, but I am not convinced giving up oversight of ICANN is a great idea.  I urge you to Google the situation and there you will find widely varying opinions and theories, which will not be addressed in this piece, but better round out what I have written here.  What I will say is a well respected business friend of mine once said that when an idea or concept is globalized there are impacted parties that get more than they used to, and other impacted parties that get less than they used to.  Having observed this myself in a variety of situations, I am left to wonder who has analyzed the potential impact of ICANN oversight globalization and what might be the unintended consequences of doing so?

If the result of globalization is "instability" it could be for any number of reasons, none of which would be good for those that rely on the Internet as a communication backbone.  Please do not misunderstand.  I am not saying if there is global oversight there will be instability, but what if there was?  Instability over what we have come to expect as the norm could take many forms like restrictions on free speech, content and data exchange, global tolls (taxation), deliverability restrictions and privacy issues, just to name a few of the possibilities.  But more than anything it is feared that global member countries will use their membership and control as a political tool outside ICANN oversight issues.

Think of the potential impacts to us as IT Professionals and the systems we have developed if the Internet suddenly operated differently than we have come to expect?  Potentially impacted systems include:

The net of my message...our society, our organization, and the systems we develop as IT and Engineering Professionals are far too dependent on the Internet for it to operate in any other way than what we have become accustomed.  In an attempt to do something noble, lets make sure we do not fall victim to unintended consequences.

Your thoughts and opinions?