What Do EDI Professionals Do? 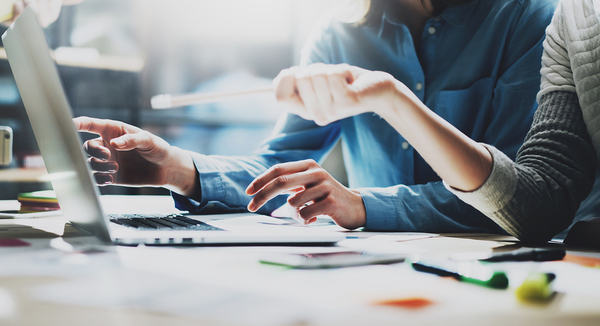 Raise your hand if this scenario sounds familiar. You want to implement an EDI system, but you are not sure exactly where to start. This is where EDI professionals come in; they help you choose the right EDI solution for you and ensure that it operates properly so that your company gets the greatest ROI from it.

What kinds of EDI professionals are out there? You will discover there are EDI developers, EDI analysts, EDI specialists, EDI coordinators, and EDI administrators. This guide explains what these professionals do and how they bring value to your organization.

What Does an EDI Developer Do?

An EDI developer is an EDI software specialist. He or she has a number of responsibilities to make certain that the EDI system works properly.

EDI developers troubleshoot FTP networking. FTP stands for “file transfer protocol,” and it refers to a method of transmitting files between computers on the Internet. The ability to transmit files wirelessly is the cornerstone of EDI, so it is crucial that the FTP connection functions properly.

It is crucial that the FTP connection functions properly.

Another task EDI developers take care of is setting up and editing SQL reports. SQL is a type of database that processes corporate transactions (such as electronic data interchange). You can generate reports of SQL database activity.

EDI developers are also in charge of developing, testing, and implementing EDI transaction maps. In order to transmit data electronically, it has to be correlated to your internal data, which is a process known as “mapping.”

To transmit data electronically, it has to be correlated to your internal data.

In addition, EDI developers maintain EDI documentation and provide updated documents (such as what EDI capabilities the company possesses) to the help desk, which in turn passes along this information to prospective customers and vendors. There are a number of EDI standards which are used in various industries; vendors and customers who want to transmit information through EDI need to be aware of what standards your firm uses.

What qualifications do EDI developers possess? They have studied IT and have at least five years of experience programming applications, designing methodologies, and investigating systems abilities.

The Role of an EDI Analyst

An EDI analyst ensures that the EDI system operates the way it is supposed to and meets the needs of users. What specifically does he or she do?

One skill that EDI analysts possess is reviewing business requirements with corporate decision makers and transforming those requirements into technical specifications (such as what system to use and which standards to employ).

An EDI analyst ensures that the EDI system operates the way it is supposed to and meets the needs of users.

Once the EDI system is operational, the EDI analyst creates test cases. A test case is a sample EDI document such as a purchase order that the analyst transmits via the system to guarantee that everything is working properly. He or she will also test the EDI system to make sure that data is flowing between trading partners. On a day-to-day basis, the analyst supports the system’s operations, which includes identifying and solving any problems with sending or receiving transactions.

Typically, EDI analysts have earned a bachelor’s degree and have at least three years of work experience. However, applicants can take EDI training courses and obtain certification that shows they have the requisite knowledge to perform this job.

What Does an EDI Specialist Do?

An EDI specialist is responsible for his or her organization being able to carry out EDI transactions. What does this job entail?

Similar to an EDI analyst, an EDI specialist analyzes a firm’s needs (such as how many trading partners they have, what systems the trading partners use, what documents need to be sent, etc.), then designs and develops an EDI system that is appropriate for the company. In addition, he or she monitors transactions to ascertain that they have gone through and records them.

If a glitch arises, the EDI specialist takes care of it as quickly as possible.

An experienced EDI specialist keeps the EDI system and the transactions that flow through it secure. If a glitch arises, the EDI specialist takes care of it as quickly as possible so that everything can move at the speed of business.

Furthermore, an EDI specialist works with new trading partners to set up their EDI systems to help them to transmit data quickly and efficiently. They also collaborate with existing trading partners to enhance and upgrade their current systems so that everyone is on the same page.

EDI specialists collaborate with existing trading partners to enhance their current systems so that everyone is on the same page.

Usually, EDI specialists have at least a bachelor’s degree and relevant work experience. Applicants with less education and shorter work history in this field can attain more junior roles through EDI training courses, though. 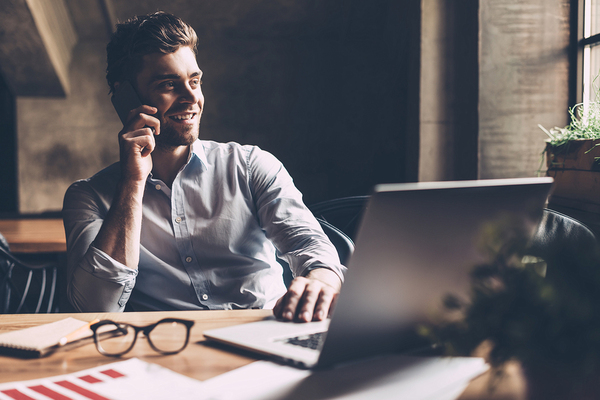 The Role of an EDI Coordinator

These professionals are responsible for monitoring EDI transactions to guarantee that they are sent and received properly. Additionally, EDI coordinators work with other IT staff to plan and install upgrades that are essential to the system being in good working order. Another duty is to troubleshoot any possible issues with the EDI system so that information flows efficiently.

EDI coordinators are responsible for monitoring EDI transactions to guarantee they are sent and received properly.

EDI coordinators, much like their peers specializing in EDI systems, are expected to complete bachelor’s degrees in IT, computer science, or information systems. Qualified candidates also possess at least two years of working with EDI systems.

What Is an EDI Administrator?

An EDI administrator is in charge of an organization’s EDI system. He or she bears the responsibility of making certain that the EDI system works as it is supposed to on a daily basis. This title is sometimes used interchangeably with “EDI coordinator.”

To be successful in this role, an EDI administrator must have a thorough understanding of EDI software, infrastructure, and the various standards utilized in EDI communication. Moreover, this type of EDI professional knows what business processes are critical to the company’s operations. When there is a problem with the EDI system, the EDI administrator can spot it – fast.

An EDI administrator must have a thorough understanding of EDI software, infrastructure, and the various standards of EDI communication.

Also, an EDI administrator maintains a log of EDI trading partner contact information (which includes a record of all contact the partners have had with one another). He or she tests EDI transactions and is up to date on the trading partner’s policies and procedures that affect the flow of business.

An EDI administrator often reports to a senior EDI professional, such as an EDI manager. Since many companies now use EDI integration to send their transactions straight to their back-end systems, there is not as much of a need for EDI administrators.

Do I Need to Employ an EDI Professional?

After having read this, you are probably thinking two things. First, all of these positions sound quite similar, and second, do you really need to hire an EDI professional?

There is a fair amount of overlap between the EDI roles described above. So, you do not need to hire one of each of these EDI professionals. This raises the question of whether an EDI professional is a must-have for your organization.

Whether to hire an in-house EDI professional will depend on the size of your organization as well as your budget and other resources.

The answer to that query will depend on the size of your organization as well as your budget and other resources. Is your firm large, and do you have many trading partners with whom you exchange data multiple times per day? Such companies find that employing dedicated EDI professionals makes sense; they need someone on-site who is constantly available to monitor transactions, especially if they are still using a legacy system.

What if you are a smaller firm? You have a few trading partners, but you are still struggling to automate many of your business processes. Your budget is limited and you cannot afford to hire another staff member just to handle EDI transactions.

In that case, outsourcing your EDI needs is a better option. An EDI services provider will take care of everything. You can rest assured your EDI system will be secure, effective, and will enable your company to operate in an efficient and agile manner.

An EDI services provider will help you select the right system for you if you do not already have one, and that firm will take care of the maintenance. Its team will also offer EDI training for your employees so they know how to use the system.

If you are interested in learning more about how an EDI services provider can help you or you want to find out how to find a good EDI professional to become part of your organization, contact us.