EDI Systems 101: What They Are and Why They Matter 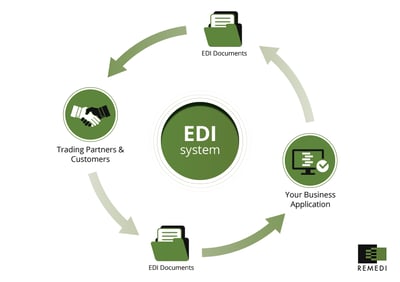 It is a widely used technology that is the backbone of the way we do business today. Yet, it is widely unknown and misunderstood. What is it?  EDI systems. This guide explains:

What Is an EDI System?

An EDI system is a system that relies on Electronic Data Interchange (EDI), a process by which information is transferred from one computer system to another. This information transfer takes place without human intervention by relying on a standardized messaging format so computers can read and interpret the data easily.

Before the age of EDI, transferring data was carried out manually. You either had to mail documents or deliver them personally. Even as technology progressed, you were still stuck with a hard copy. Remember fax machines?

The earliest EDI systems came into being in the 1970s. They didn’t utilize standardized formats for data transfer until the 1980s when it became clear that such standardization would make the process simpler.

The History of EDI Systems

Over the years, researchers and technology vendors have perfected EDI systems. They were once cumbersome solutions that required a significant investment in time, money and resources. In addition to purchasing hardware and software, you needed a dedicated employee to establish and maintain connections, and the IT department was heavily involved in integrating all of the firm’s systems so data could flow freely.

Today’s EDI systems take advantage of cloud technology, which drastically reduces the need for IT’s intervention and make them easier to operate for employees without much technological expertise.

The Components of an EDI System

What is the correct answer, then? You need four components:

Why do we include humans on this list? It is true that modern EDI systems do not require human intervention. However, EDI systems are built around users;  without providing an excellent user experience, no one would use them.

How Do EDI Systems Work?

There are three steps to transmitting data through EDI:

Consider this example of submitting a purchase order to a vendor to illustrate how EDI systems work.

Suppose Kids R Great Toys needs to buy circuit boards from Viva Electronics for its popular tablets for children. There are a few ways Kids R Great can submit a purchase order to Viva. Employees could:

The next step is translating the data into EDI format. Kids R Great has two options here.

Once Kids R Great has translated the documents into EDI format, the next step is to transmit them to Viva Electronics. There are three common methods of transmitting documents through EDI:

What Kind of EDI Systems Are Out There?

If you are not familiar with EDI systems, you might not be aware that there is more than one kind.  In fact, there are a variety of them, suited to an organization’s needs, capabilities, and budget.

Direct EDI: Direct EDI refers to a direct connection between two parties: the sender and the recipient. This type of EDI system makes the most sense for large organizations that need to send a high volume of documents to the same recipient over the course of a day.

Value-Added Network: EDI via a value-added network (VAN, also known as an EDI network services provider) utilizes a secure network over which to transmit documents to several recipients. Why would companies use an EDI system managed by a third party? There is more than one EDI communications protocol out there, so if your firm does business with organizations that use different protocols, it makes it easier to send documents over a network in which someone else takes care of translating the documents into the right format.

AS2: There is also EDI via Applicability Statement version 2 (known as AS2). AS2 is a secure communications protocol. When using AS2, two computers connect in a point-to-point mode through the Internet. One computer submits encrypted data to the other.

Web EDI: Web EDI, as the name implies, takes place through a web browser. This system transforms paper documents into online forms into which users enter data. Once they submit it, the information is converted into EDI format and is sent through secure Internet protocols.

Mobile EDI: Mobile EDI is one of the most recent developments in the world of EDI systems. This type of EDI enables mobile device users to send documents to one another.

Managed Services EDI Systems: Managed services EDI systems outsource the control of EDI documents to a third-party service provider. The difference between this system and VAN providers is that VAN providers do not control the documents; they only oversee the network.

Kids R Great did not always use an EDI system. For years, employees would fax, mail, or email documents to suppliers or other business partners to communicate information that was not possible to share face-to-face or over the telephone. This was a slow and inefficient system. In the case of mailing a document, it could take days for it to arrive, and sometimes faxes would not go through and emails would not open properly.

The toy manufacturer realized that the processes it was using to transmit data rendered it non-competitive. After all, you cannot get the latest and greatest products to market if it takes you much longer than your rivals to manufacture them. Kids R Great implemented an EDI system that enables it to send and receive documents in a secure fashion.

With a modern EDI system in place, it takes moments to transmit data. Instead of waiting for days for confirmation that a business partner received an important document, Kids R Great employees know that the information has arrived at its intended destination within minutes of sending it. We’ll go back to the purchase order example from earlier; Kids R Great’s order of circuit boards will be processed that much faster because Viva Electronics has received it earlier than it would have than if the toy company had faxed, mailed, or emailed it. 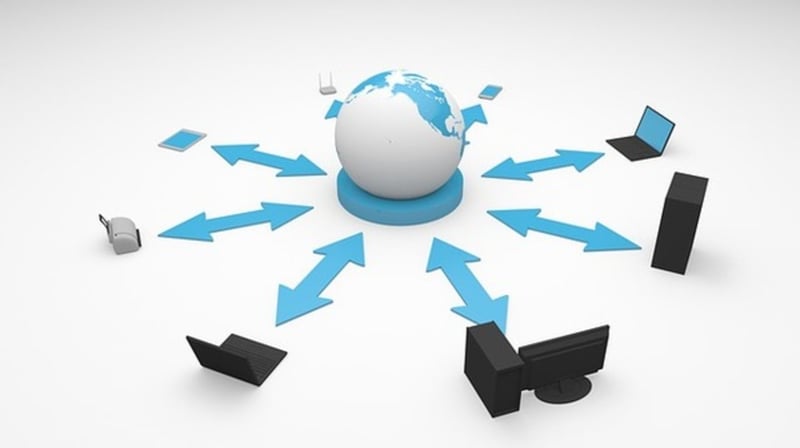 It is not just about sending data. EDI systems make it much faster to receive information, too. Kids R Great does not have to wait days or even longer to receive orders for its merchandise. Another time saver is that employees spend less time manually entering data because it is already stored in the system. As a result, Kids R Great has seen higher rates of employee efficiency.

Because there is no need for data entry, the rate of errors has been drastically reduced. Not only do errors cost money, but they also waste time. Kids R Great employees can fulfill every order correctly, every time, which leads to satisfied stores and ultimately satisfied toy purchasers.

What Other Benefits Do EDI Systems Provide?

EDI systems also make business processes more reliable. Kids R Great does not have to worry that a competitor, a hacker, or a criminal is intercepting confidential information transmitted to its supply chain partners because the EDI system it uses encrypts data. And there is no concern that communications are inauthentic (that is to say, Kids R Great and its supply chain partners trust that documents are coming from who they say they are coming from). Moreover, data integrity is not an issue either because there is no way to modify information in transit. Whatever Kids R Great sends is what their partners receive.

Aside from the time savings, efficiencies, and a greater sense of reliability, EDI systems have other benefits. Again, consider Kids R Great Toys to illustrate.

One of the advantages Kids R Great has seen since implementing its EDI system is that its inventories are lower. Before the days of EDI, Kids R Great would have to wait days or weeks to receive orders from stores that needed to stock its merchandise. Now, Kids R Great can fulfill those orders faster because it receives them in a much shorter time period.

Another benefit is that Kids R Great can respond faster to customer needs. In the bad old days, sifting through order information was a long and tedious task; it could take quite a while to determine whether a trend was emerging from the data. With its EDI system, decision makers at Kids R Great can quickly see which of its items are hot sellers and which are not performing well.

Furthermore, EDI makes it easier for Kids R Great to forge business relationships with its supply chain partners. The companies that work with Kids R Great have a choice; they do not have to work with the toy manufacturer. When it is easy to do business with a company, you are more likely to want to remain in a relationship with that company for a long time.

Additionally, Kids R Great implemented a cloud-based EDI system, so the firm saves money. The toy manufacturer does not have to invest in much infrastructure, and Kids R Great is not paying to maintain and support a legacy system.  The speed at which the system operates makes employees more productive, so workers spend less time focusing on sending and receiving information and more time doing their jobs.

EDI systems should not remain a mystery. They are a vital part of today’s enterprise technology landscape. They provide enormous benefits to the organizations that use them, and there are a wide variety of them to meet any budget, business size, and need. If you are still concerned about any possible challenges in implementing an EDI system at your firm, speak to an experienced, reliable partner about how you can realize cost savings and efficiencies.

Need to explain EDI systems to your team, suppliers, or other stakeholders? Download this presentation and use it to explain how EDI systems work in a simple, easy-to-understand format.

If you are still concerned about any possible challenges in implementing an EDI system at your firm, speak to an experienced, reliable partner about how you can realize cost savings and efficiencies.

Want to get started today? Get an EDI Assessment. Absolutely free. 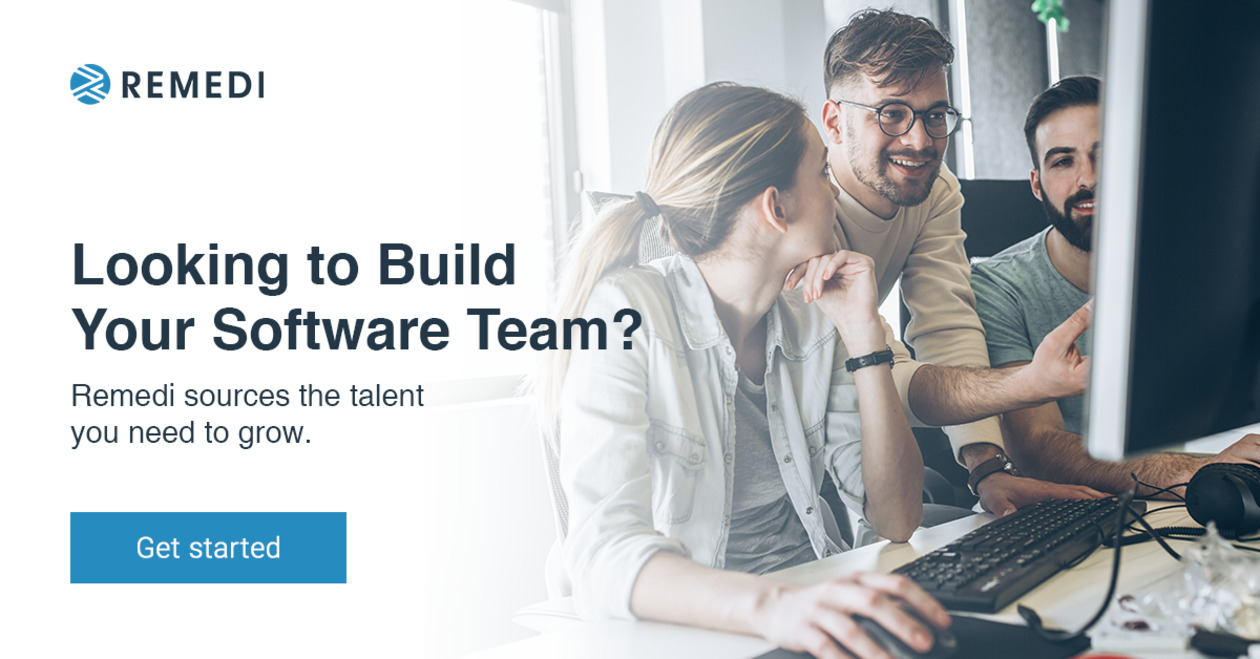